Online casinos have evolved through the years alongside the many advancements in technology. Gone are the days when virtual gambling sites are only accessible via desktop computers. Today, many digital casinos can be accessed using mobile devices. A large portion of those devices constitute the iOS-powered smartphones and tablets from Apple.

Since the release of the first iPhone, Apple has been committed to innovating its lineup of mobile products. Today, Apple offers a bunch of iPhone iterations and iPad tablets. All of them equipped with the latest technologies developed by the Cupertino giant on the hardware side of things. Software-wise, Apple relies on its proprietary iOS to power up its digital devices apart from the MacBook series.

While there is a never-ending debate on whether iOS or Android is better than the other, there is no denying that both operating systems have the biggest user base in the market. Google’s Play Store is considered the biggest app store at the moment. But Apple’s App Store does not lag far behind with its competitive portfolio of apps and games.

Due to the high demand for iPhone and iPad devices, some online casinos have decided to come up with their own iOS apps to better serve iPhone and iPad users. Of course, most gambling sites have been optimized for mobile browsing. But there are downsides to accessing their platforms via mobile browsers. One of them is the fact that the games are not able to fill the entire screen of the iOS gadgets.

Downloading and installing the iOS apps of online casinos would make it easier for players to access their games and enjoy a seamless user experience. Since the apps are designed to function with Apple’s proprietary mobile operating system, users won’t have a problem navigating through their different features and services.

Below are three online gambling sites that have iOS apps available on the App Store. Each app is designed with convenience and security in mind. Though they do not offer the full casino experience, the apps host a decent selection of high quality games. They also offer an array of sign-up perks and bonuses upon installation. 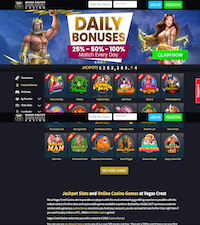 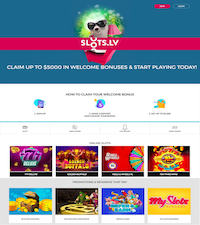