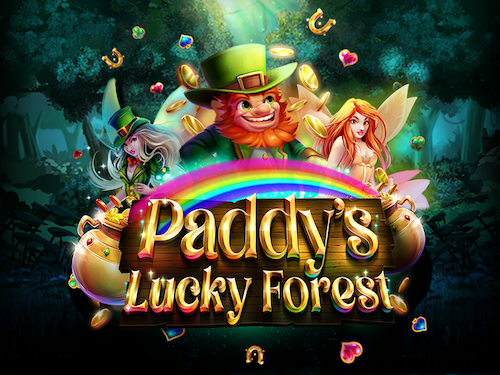 Paddy’s Lucky Forest is one of RealTime Gaming’s gems. This 5-row, 720-payline slot combines creativity, magic, and a whole lot more into one high-quality game with progressive jackpots.

The famous Irish luck theme is evident in Paddy’s Lucky Forest at first glance. For one, the star of the game is a leprechaun called Mr. Paddy, and it features various symbols associated with St. Patrick’s Day. The color scheme is also inspired by the special holiday.

Paddy’s Lucky Forest has a very animated design. The symbols are seemingly inspired by ‘90s cartoons. A misty forest serves as a backdrop, while the reels are adorned with crawling vines. At the bottom of the screen is the standard control panel by RTG. The controls are very easy to navigate since they are intuitive and very straightforward.

The gameplay of Paddy’s Lucky Forest is very standard for the most part. It is played by pressing the large Spin button in the middle of the control panel. The reels then rotate with the symbols and stop after a few seconds. Symbols that match or form a winning combination will trigger an animation and a sound effect to indicate a win.

What makes Paddy’s Lucky Forest stand out from the typical slot machines is the configuration of its reels. While it does come with 5 rows, the grid has an unusual 3x4x5x4x3 setup. This makes it possible for the game to have 720 paylines.

The betting range for the game is between 0.2 and 20.0 for a chance of winning up to 1,440x your wager. On top of that, the game has three progressive jackpots: Mini, Minor, and Major. They are displayed at the top of the grid. Depending on your luck, you can randomly win one or all three of them during a base game.

The game features symbols inspired by Irish folklore. The highest-paying symbol is Mr. Paddy, followed by his wife, a red and purple fairy, and a rainbow. The lower-paying symbols include the poker card suit symbols. A four-leaf clover acts as the Wild, while a pot of gold serves as the Scatter.

Paddy’s Lucky Forest has a Slippery Wild feature that is unlocked when the Wild symbol lands on reels 2, 3, or 4. The Wild symbol will move down one position on the same reel until it reaches the bottom and forms a winning combination. There is also the Pick Bonus feature that is triggered when Scatters land on reels 2, 3, and 4. Players can win instant cash prizes and free spins from this feature. 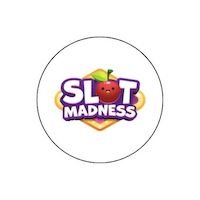