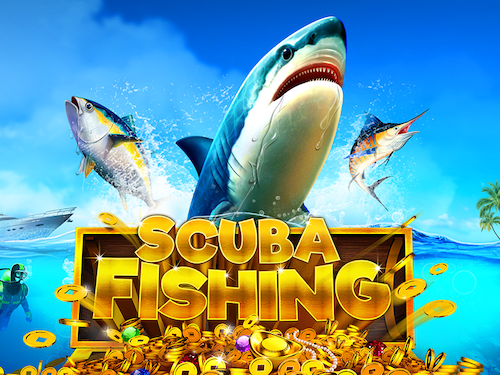 Grab your wetsuit because we are going Scuba Fishing in this unique video slot from RealTime Gaming, It has a 3×3 grid and 27 paylines. It may not have progressive jackpots, but it is capable of giving away decent rewards.

Scuba Fishing is an undersea-themed online slot optimized for both desktop and mobile gaming. It is inspired by the belief that the sea contains many hidden treasures, so it takes players on an aquatic adventure of a lifetime. Players take on the role of scuba diver in this game, and they are tasked to match symbols to unlock prizes.

The game is very animated. Aside from the moving symbols, the scuba diver on the left side of the grid is animated through and through. Players will get to see him move constantly while trying to capture photos of the symbols. The treasure chest on the right side also has an animation. Even the underwater backdrop comes with a moving school of fish and a large shark that swims around the reels every so often.

With its small configuration, this 3×3 slot has the most basic gameplay. The simplified control panel makes it easy for players to focus on hitting the large Spin button on the right side of the control panel. The button is very hard to miss since it lights up every second.

The goal is to land matching combinations in this 27-payline game. And it’s not that hard to do considering that the game is very straightforward. The symbols are also very limited, so securing a combination is not that challenging. However, it should be noted that Scuba Fishing is not the most high-paying slot, and it does not come with progressive jackpots.

The gameplay is very enjoyable for those who want to focus on the game itself and not be bothered by noisy background music. As an RTG title, it’s not surprising that the slot comes with an Autoplay option, letting players set the number of spins they want to do with just a single click.

Scuba Fishing has nine main symbols. The leaping swordfish is the highest-paying symbol, followed by the big tuna. Middle-paying symbols include the puffer fish and the blue and turquoise fish. Meanwhile, the starfish, oysters, and sea anemones are the lower-paying symbols.

The great white shark acts as the Wild symbol that only shows up on the middle reel. Since the game only has three reels, it is easy to complete a variety of combinations. On the other hand, the system is the one that randomly picks the Re-spin symbol. Interestingly, a win is guaranteed during a re-spin. 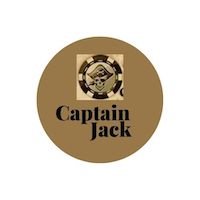